Books Based on Themes

As for those who do not know me, I am actually a reader who would like variety in her reading life. But sometime in the middle of this year, I decided to read books based on Themes. Actually it started in March, when I decided to read books that has one-word titles. What I mean is, the title of the books I've read contains only one line. So I called it March One-Liners. Like for examples: Beastly, Shiver, Neverwhere, Flipped, Ingo, and others like that. Then in June, my book theme was June Fantasy; so I read books about dragons, witches, knights, faeries and even aliens. Here are the books I've read during that month: Eragon - About dragons. Lament - Self explanatory. The Summer Country / Avalon High - Both are Arthurian stories. Peter and the Starcatchers - Peter Pan. Stranger in a Strange Land - Alien from Mars. Cloaked - A fairytale (about Frog Prince). In July, I tagged that month as July Book-to-Films because most of the books I've read were made into movies. Red Riding Hood. A Bend in the Road. City of Ember. The Lovely Bones and The Golden Compass.
Email ThisBlogThis!Share to TwitterShare to FacebookShare to Pinterest 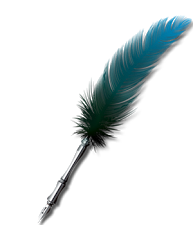